Welcome to my fourth interview in my 4WQ4 blog feature. If you are not familiar, this is an article where I ask four Q&A’s with a “celebrity” in the wine industry. And it just so happens, since we are coming to the end of the year – only four features a year seems appropriate – a “Quarterly Four Wine Questions For: - - a Q4WQ4:?

One could say that Erika Strum was born with a silver corkscrew… and if the last name Strum sounds familiar to you, yes - - her father is Adam Strum, publisher and editor of the Wine Enthusiast Magazine located in Mt. Kisco, New York – 30 minutes outside of Manhattan. But Strum knows all too well what it’s like to start and work in the wine business from the ground floor. When she was a 21-year old newbie she hosted winery tours and led tourists through wine tastings in Napa Valley and later she would be involved in retail sales for a large wine store.
Erika Strum is now the Internet Marketing Manager at the Wine Enthusiast Companies. The Wine Enthusiast Companies, founded in 1979, started as a direct mail business featuring wine accessories. In 1988 Wine Enthusiast Magazine was founded and is now one of the world’s largest periodicals devoted to wine and spirits. They also founded the “Toast of the Town,” a 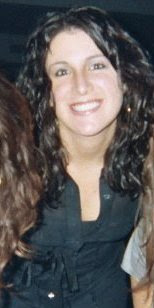 premier wine tasting event located in four cities throughout the US. Erika is involved in all divisions of the business from online marketing through email marketing plus editing and writing for the UnReserved blogs and Winstons’ Wisdoms, the catalog blog.

When Strum isn’t working on search engine optimization, writing company online articles and managing the company’s internet marketing, in her spare time she's been studying for her WSET (Wine & Spirits Education Trust) and completed her Advanced Certification. She also writes about wine and food on her own personal blog at StrumErika. I also found out she is fluent in French! That always comes in handy when it comes to wine - -

W5: Most wine lovers have picked up a copy of the familiar Wine Enthusiast Magazine or ran across the online version. The print magazine is a beautiful glossy featuring the best of wine and spirits, covering old world to new world wine regions including wine education, food and travel. How did it all happen for your family and at what point did you make your entrance into the family business?

ES: The story of how the family got started is sort of a sweet one. My Dad was doing wine sales for Gallo and my Mom was a commercial producer. Soon after getting married they were at a dinner party and the household they were at was missing a corkscrew. A light bulb went off and they figured, perhaps this could be a great business idea. They started working in the attic of our old house and launched the first catalog which was only a handful of pages of wine accessories. They took a pretty big risk, not knowing how big the wine market really was, and it paid off. The business began to grow over the years and a decade later they expanded to the magazine. The tricky thing is that wine has really expanded beyond the niche market that it once was. As more people offer wine accessories and wine reviews we have to determine how to separate ourselves from the pack.
I started in the business three years ago after working at an SEO firm. I put off joining the family biz for a bit after college. For some reason it felt like joining the company was the easy way out. I wanted to earn a spot in the company and bring some additional skills beyond a typical entry-level kid. Now that I’m here, I’m not goin’ anywhere!
W5: Right up front Erika, I have to ask you - - what you know about Walla Walla wines? You live in New York, so I know that our wines are not your focus nor are they easily accessible! But I have to say that I have read a many a good review about the wines from Walla Walla, WA in the Wine Enthusiast Magazine.
ES: In terms of Walla Walla wines—that’s a tricky one! I’ll admit that my experience with Washington wines is limited though I traveled to Seattle last year when my Dad was speaking at Taste Washington. We spent some time at Chateau Ste Michelle and at a couple of tastings throughout the conference and I sampled some nice Rieslings, Syrahs, and Cabernets. (W5: I’ll bet Erika will be paying a bit more attention to the wines of Walla Walla now.)

W5: Lately, several members of the wine media, including another wine magazine, has been criticizing the recent growing movement of independent wine bloggers aka “self appointed wine critics.” How do you see yourself in the middle of all of this, especially since you are so involved in internet marketing and owner of a personal wine blog?
ES: There are so many things to discuss but I guess there has been quite a bit of buzz lately about glossies vs. blogs and the idea of people being more empowered to rate wines themselves. People wonder if critics feel threatened by this new influx of reviewers (bloggers) out there and I think ultimately vilify previously established critics. I know that one of my biggest projects since starting at the Wine Enthusiast Companies has been to revise our buying guide, which is launching soon (fingers crossed). One of the major features it will have is the ability for online users to rate wines themselves, alongside the expert reviews. When I proposed this idea I was elated with how it was received. Our tasting panel was thirsty for the feature! They were excited to start hearing people’s opinions and in fact, said it was a feature they’d yearned for, for quite some time. I can’t speak to other publications but this is a sentiment I’ve felt around here a lot.
So I started getting into blogs with my personal blog, StrumErika. At my old SEO firm, a bunch of us started different blogs with various focuses. I started StrumErika doing mainly restaurants reviews and then throwing in some silly videos, and some basic wine knowledge stuff. Then I started at Wine Enthusiast and got involved in the Twitter wine community and started to make it really a restaurant/recipe/wine blog. I’m still trying to determine if I really need to pick one of those things, or if it’s OK to be all three. I try not to take it too seriously though.
I also handle the catalog blog which is called Winston’s Wisdoms. I write posts on wine storage, glassare, corkscrews and the like and also edit posts from contributors in various departments at the company. It’s a great outlet for us to dispel customer confusion about wine accessories and to show some expertise. We also have a group of blogs for the magazine called UnReserved written by Steve Heimoff, Mike Shachner, and our in-house editorial team. I do some writing and editing there as well.
W5: Erika, I have to be honest here – when it came to my last 4WQ4 for the year 2008, I had a list of two other people to interview - and both men! But it occurred to me – “Hey! The last three 4WQ4 interviews were with men! I keep preaching about the power of women in the wine industry and I need to practice what I preach.” And with that said, based on your own experiences Erika, how do you see women in the wine industry, whether it is a woman winemaker, wine writer or the woman behind the tasting room bar and are you seeing any advancement or do we have a long way to go to receive 100% acceptance?
ES: Ah, women in wine. I don’t think we have 100% acceptance and I do think it’s still a male dominated industry but I don’t blame anybody for that. Wine collecting, is sort of a masculine hobby. Masculinity often involves collecting and showing off. Think: baseball cards, comic books. By nature, it’s not a feminine trait. So in the past, men have been more involved in maintaining cellars and paying attention to reviews which in the past, were largely written by men. But nowadays, studies have shown that the women are the ones purchasing wine for the household and women are getting into collecting too. The female consumer is becoming more important and who better to target women than a woman? We also can’t forget Jancis Robinson and lots of new female bloggers emerging on the scene, so I see things changing. At the magazine we have three female critics on staff: Monica Larner, Susan Kostrzewa, and Lauren Buzzeo.
I took a trip recently to Bedell Cellars in Long Island where I met their new female winemaker, Kelly Urbanik, who is a young woman my age. The oenology program at UC Davis is now 50% women, for the first time. I caught up with Kim Stare Wallace last weekend who is an old friend of the family and the talent behind Dry Creek Vineyards. Another great one is my Mom! A lot of people aren’t aware that my Mom has always been an equal partner in the business, along with my Dad. There are countless examples. I think there’s hope, and it’s an exciting time for women in wine.
Posted by wild walla walla wine woman at 12:00 PM

Hi Catie,
We are a newbie group of local gals from the Tri Cities who just started a wine tasting club. I will have to come back and peruse your blog for some future trip ideas.

Hey Catie
very nice interview, good questions! I met Erika at the WBC, as Taster B did and concur that she rocks. Knows her wine and definitely luvs the biz.

Great interview. I'd also like to point out that Erika also has quite a bit of inner geekery that rears its head quite often.

She even edits her own HTML! :)

Thank you everyone for the nice comments about the interview. Well, to write a good interview you must have a good subject - - Erika was great!