The Lost Restaurants of Walla Walla 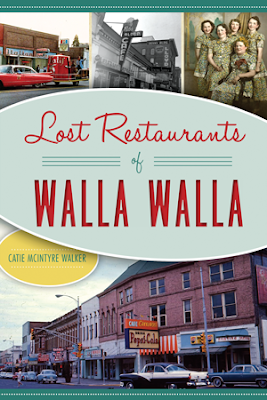 Dining in Walla Walla blossomed from an influx of mining transplants in the late 1800s. Within decades, a roadhouse called the Oasis boasted a seventy-two-ounce slab of beef, and the old Pastime Café opened at 5:30 a.m. with white toast and whiskey for breakfast. In the early 1950s, Ysidro Berrones opened one of the valley’s first Mexican restaurants, the El Sombrero Tortilla Factory and Café. Owner of Denney’s Hi-Spot for two decades, Joe Denney also satisfied locals with his morning crooning to piano on KTEL. Native and local wine writer Catie McIntyre Walker celebrates this rich heritage with decades of departed, beloved establishments and the people behind them.

By Catie McIntyre Walker
Published by the History Press 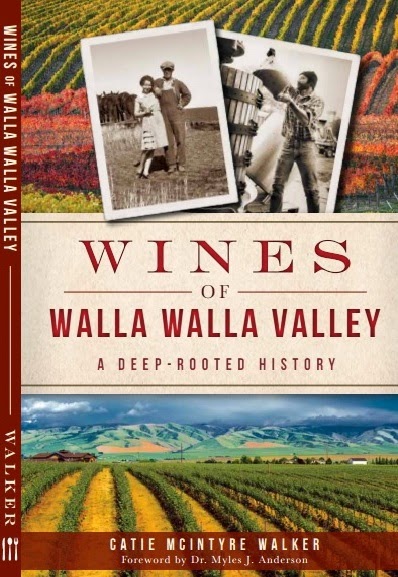 As early as the 1840s, French settlers brought their knowledge of wine to Washington’s Walla Walla Valley. The highly fertile soil and abundant water were perfect complements to their Old World winemaking traditions, halted only by Prohibition and the historically unmerciful weather conditions. A century after the first settlers arrived, the area’s wine industry reestablished itself when new pioneers opened wineries in the early and mid-1900s, a trade that continues to thrive today. Discover the southeastern portion of the Washington Territory along Lewis and Clark’s trail in a whole new light with the trailblazing vintners of the Walla Walla wine industry. Taste the history in every glass as I unearth the valley’s transformation from Wild West to world-class wine region.