If you remember my previous article I posted in September, Rethinking Drinking, I wrote about "hate mail" I 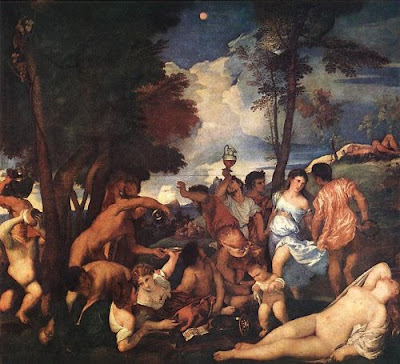 was receiving from a local woman. Her criticism was regarding a previous article I had written about wine being good for your health.

My critic felt I was overly excited about alcohol, that I was going to turn into an alcoholic, and that my professional moniker (Wild Walla Walla Wine Woman) suggested I was evil and literally “wild.”

She also implied that I would not substitute wine for fresh grapes if it meant I would have to leave the social wine “scene.” Further, my critic suggested that even though it was my doctor who had recommended a glass of wine a day, I would not have gotten nearly as excited about this “prescription” if he had told me to eat a handful of grapes a day, instead. Then of course, several Bible quotes later from her - - how convenient she forgot to list any biblical quotes about judging others.

Over a year later I receive another email from her. Last night's email, she suggests that we should be telling people that grapes are good for us (instead of wine) and not to ruin the grapes with any alcohol and without any "risky behavior." Then came the quote:

Brawls. What is a braaa-wwwl? Even the word itself sounds rather clumsy, coarse and ugly. The dictionary says: to quarrel or fight noisily.

I don't know about you, but I have never been to a wine function where the wine leads to "brawls" and "risky behavior." Typically the conversation is often very studious and wine geeky as we discuss the soil the vines are grown in, the nuances of the wine, how it pairs with food and even comparisons of similar wine grapes and vintages. The debauchery and brawls must happen way after I leave these wine events.

As far as when I drink a glass of wine at home, any debauchery that happens is usually on the evening TV news or on the Bravo channel, Housewives of New York City or Atlanta.

Perhaps my critic would like an insight to what goes on at a wine-related function to ease her inquisitive and possible salacious imagination. In fact, just the other night I attended such a function that was somewhat wine related - - or at least there were several guests who worked in the wine industry. And we drank? Wine, of course.

The conversations I had with my peers were of the results of harvest, the new wines in the barrel, how did the 2011 Beaujolais Nouveau compare to other years, how to address unethical business practices, riding and training Morgan horses, beloved family dogs, Santa Claus, children, cookie recipes, cheese and wine pairings, Disneyworld, and social media for businesses. Pretty tame conversations I would say and even the majority of these topics you could discuss in the Fellowship Hall of most churches.

I even chatted, over a glass of wine, about the recent trip to the Wallowas I took my mother on for a few days to check out the fall colors. I even brought a couple of bottles of wine with me to the Wallowas and my mother enjoyed a few glasses, as well - - and no - - there were no brawls with my mother.

If there were any bacchanalia going on at this event, or any wine-related events that I attend, the brawls must happen - - well - - after I leave.

Here's the bottom line. "Mom Ferguson" is not going to change my mind nor will she convert me to her religion. I have tried to educate myself about wine and alcohol with the best tools and experiences as possible. Obviously I will not change "Mom Ferguson's" mind, either. It has become very apparent she is not educated in this topic because, not only does she suggest things that are not true, but she does not have first hand experience with wine and/or wine-related events.

However, it is important to understand I do not expect "Mom Ferguson" to start drinking wine, especially if it has never been a part of her diet or lifestyle. But the very least, I would expect for her to rid of her assumptions and become educated before she starts preaching and judging others. I respect her right not to drink wine, but unfortunately she does not respect my right to drink it.

So, it appears that "Mom F" and I are going to have to agree to disagree.
Posted by wild walla walla wine woman at 12:00 PM

There have been more wars fought in the name of Religion than beer ( or wine ).

I think I will continue to worship at the altar of the grape and hop.