They're here! Go to the light, Catie Ann!

What happens when an Eastern Washington Wine blogger meets up with a Western Washington Wine blogger? Lots of opinions get tossed back and forth, lots of chatter fills the air, and a whole lot of tasting of some of the best wines in the world gets done, that's what happens! Best of all for this Eastern Washington wine blogger, I learned to love Walla Walla all over again, as I was able to see Walla Walla through the eyes of the Western Washington Wine blogger, Gene Stein, known as the Seattle Wine Blogger, his wife Diane, and their friends Bob and Kathy Tovey from Bend, Oregon. The crew was in town a little while ago to taste the local product, and I was invited to join them. Dr. Stein is a wine writer, wine educator, wine judge and former publisher of Northwest Consumer's Wine Guide, and his friend Bob Tovey was the Oregon correspondent for a consumer wine guide.
I was born and raised in Walla Walla, and I have many fond memories dating back to the late fifties and early sixties when my parents dressed up and took me and my siblings to downtown Walla Walla for a Friday night dinner. Before we left the house, we were all lined up and seated on the white Naugahyde couch (very Nauga-Boomer style) and got coached on how we should behave in public -- it was either behave or get "the look!" No child ever wanted to get the "look" from my father, let me tell you. Spank us, ground us, take away privileges -- but never -- ever -- give -- us -- "the look!" Sometimes we went for spaghetti either at the Pastime (now empty) or DeLucas (now the Red Eye, and before that Pacific Express) or even the Newberry's (now Heritage Park) fountain counter for a hot roast beef sandwich.
When us kids weren't along to crowd the table, our parents dined at the Corner Restaurant (now the Paul Richardson Agency) the former Elks Club located downtown on Fourth & Alder, The Grand at the former Grand Hotel (now Banner Bank building on First Street), or at the Heidelberg Villa, a swanky German restaurant (now the Golden Horse Restaurant). Or they took in a movie at the old Liberty Theater, spending an extra dollar to sit in the plush balcony loges. In fact, my parents first met at Clemies Diner on Main Street, now the tasting room of Waterbrook Winery. My siblings and I were very content staying with Grandma (who lived and owned acreage on School & Bryant Avenues, a few lots up from Leonetti Cellars) when our parents were out for a special evening. We could overlook Lawrence Welk on their TV if it meant sharing a bowl of popcorn and a bottle of Pepsi-Cola with Grandpa.
Sometimes I take Walla Walla for granted, I admit, yet at the same time I can be very protective of it. I have seen our downtown go from the very best to the very worst -- and bounce back again. It's a shining star now.
About a year ago I was sitting at a dinner meeting, and some of the others at the dining table said about Walla Walla, "They need to quit opening up wineries." "They need to open some chain stores like the Tri-Cities have," someone said. "They need to open up some chain restaurants, like the Red Olive Lobster Garden. They don't need more wineries. They don't need more art galleries." I finally had to ask: "Who is this "They" that you speak of?" If some of these "theys" are who I think "they" are, "they" are corporations from out of town with no local connection -- faceless companies, in other words, the same corporations that gave the Eastgate and Blue Mountain malls, which are now ghosts of their previous selves. "They" are the various corporations that plundered and pillaged (yeah I have seen too many pirate movies lately) the jewel of our city, the elegant Marcus Whitman, so that it was barely saved from the wrecking ball.
Visiting with Gene, Diane, Kathy and Tom that afternoon, I started looking at Walla Walla with a fresh eye. I became excited for all of the things that they were excited about. Tom and Kathy commented about the bumper stickers, "Don't Bend Walla Walla", that some Walla Walla locals created. The Toveys said from their experience of living in Bend, Walla Walla will never become a Bend, Oregon, and explained that Bend is tearing down their historic structures while Walla Walla has worked so hard as a community to preserve them. As I sat at lunch enjoying tapas outdoors at Saffron, a new Mediterranean restaurant (formerly the old Schwartz Beer Parlor and a garden-feed store), I was reminded by my new friends how fortunate I was to live in Walla Walla.
Later that afternoon we were at aMaurice Cellars visiting with, Ned Morris, the winemaker there, when Kathy directed me to the lovely view we had from the winery's tasting area. Kathy commented on the beauty of the multi-colored foothills of the Blue Mountains. I guess that before Kathy spoke of the view we shared, I had taken those blue and green colored foothills for granted.

Once again I thought about the "Theys." Recently, the county of Walla Walla had struggled over 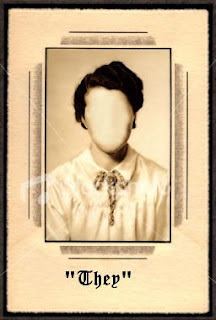 potential restrictions on located winery structures in the agriculture zones quilting those foothills. Those opposed to more wineries argued that if the wineries were built, "the next thing "they" will want is rock concerts." "They" will want weddings and "they" will demand the farmers quit operating while "they" have their ceremonies and concerts. "They" will litter - "they" will litter their wine bottles around our foothill roads. I remember thinking, "They" will do all of this? I never knew what to say to those comments about those damn "theys" and the problems "they" bring with them. I never knew any "theys" who littered their $30-50 wine bottles on the roads. Usually "they" pack their bottles home to age them in their cellars. I never knew that "they", the majority of winemakers and winery owners, wanted to fuss with the mess, details and liabilities of rock concerts and the wear and tear rock concerts can put on a winery and especially a vineyard. I thought the majority of winemakers just wanted to make good wine. Who knew "they" also wanted to take the time away from their winemaking and patrol concert crowds and fuss with little bridezillas and their soon to be monster-inlaws?

I always thought winery structures would be more appealing and complementary to the foothills than the rock quarries, pig farms, and small aircraft landing strips, all of which are already zoned in the foothills. The winery opponents keep trying to tell us that "they", wine and grapes, are not agriculture.

That late afternoon I left my new wine friends and kept thinking about all of the wonderful things "they" had to say about our Valley. "They" commented on the beauty of the old trees, the majestic old buildings and homes. "They" commented on the beautiful view surrounding the Valley on all sides, the great dining, the mesh of eclectic characters and how we have made each other into neighbors. Most of all, my new friends commented on our world-class wines. My new friends made me see my town as if I was falling in love with it all over again, just as they were for the first time. "They" told me again and again how fortunate I was to have been born and raised here. "They" told me how fortunate I was to have the old cherished memories and to be able to witness the positive growth. "They" reminded me just how fortunate I was to have all of these wonderful things about Walla Walla around me and at my fingertips.

I decided that "they" were the ones that I would finally listen to. "They" had the comments and opinions that I would value. Thanks Gene, Diane, Kathy and Tom!

Posted by wild walla walla wine woman at 6:40 AM

Catie, Great piece on the issues in Walla Walla. "We" seem to be on the same page. The new wineries, restaurants, wine bars and gourmet delis enhance Walla Walla. The historic buildings add to it's charm. Let those who want to "mall" Walla Walla drive to that nearby desert of malls and corporate chains - Tri-Cities. Thanks for a great visits

p.s. And a belated sorry for letting your WBW get away from me. I would love to extol Walla Walla's wine virtues, as well.

Thanks Gene and Farley!

Yes, Farley - we missed you at the recent WBW!