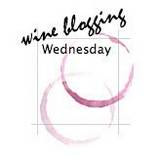 Here we are - - it’s Wine Blogging Wednesday again and for the month of September our host is Dhoning, a self named cartoonist and wine geek. He is also a political commentator and the wine blogger of 2 Days per Bottle. So it's no surprise, with him being a political commentator, that he has chosen this particular theme: What will you drink to toast the end of the Bush era?"

At this time, I honestly don’t know what I will drink to toast the end of the Bush era. Probably nothing. It's not about an end of an era for me, but more important - - the new era. I prefer to look ahead than look behind us. But I will say this, no matter the results, it will certainly be an historic era considering the candidates from both parties.

Originally I decided to choose a wine based on the final presidential election. If I am 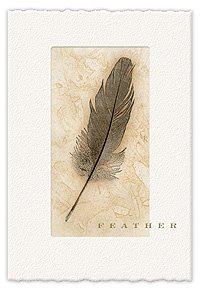 happy with the election, I will reach into my personal wine cubby and grab a 2005 Feather from Long Shadow’s Winery. And why am I choosing this particular wine? First of all, cabernet sauvignon is my favorite grape and second, I will be tickled with a "feather" (groan) if the election results go my way.

Feather is a cabernet sauvignon produced in Walla Walla by one of Napa Valley's distinguished Cabernet Sauvignon vintners, Randy Dunn. If the wine descriptions are any indication of the results I wish for the final ballot, this cabernet sauvignon is balanced with great concentration and depth. It has received accolades by many.

Then I started thinking, "what wine will I drink if the election doesn't go my way?" I thought about this for a while and finally realized I would drink the same. I would still drink the Long Shadow's Feather Cabernet Sauvignon. Why? Because the silkiness and rich mouth feel of this particular cabernet reminds me of a favorite blanket - - my security blanket that I will need to hold onto for the next four years.

Anyways - - either way, I will be prepared with my chosen wine, to either toast a new era in or a wine to bring me comfort - - and in the mean time, I will wait patiently the outcome until the last vote has been dredged from the Florida swamps.