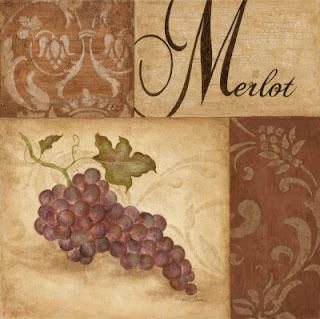 Merlot - estimated to be the third most grown grape in the world. Merlot - a flexible grape that has shown itself to be a blending grape and yet can stand on its own. Merlot - the grape a fictional wine snob battered and led many wine consumers to trust Hollywood instead of their own palates.

I have been roasted, broiled and flamed on behalf of Merlot. In San Francisco there is an online watering hole for noted authors, journalists, musicians and other artists. I have been a member of this community for at least 10 years. When I spoke of the outstanding Merlots from Washington State, especially those from Walla Walla, my choice of food and wine would be mocked and often suggested I was pairing Merlot with Tater Tots, Hamburger Helper and Jello pie. Was it my fault that my online peers were exposed to insipid southern Merlots and not those from Washington State? At the time, it seemed as if they didn't understand that California wasn't the only state making wine.

There is really nothing like a good rich Merlot and especially one that is grown and produced in the Walla Walla Valley. They are earthy and dense with flavors of cherries, plum and cocoa and often finishing with nutmeg and lingering of a cigar humidor. So, it brought me great pleasure when Don Redman, owner and winemaker, of Mannina Cellars informed me his 2006 Mannina Cellars Walla Walla Merlot won Best of Class ($15.00 to $ 24.99 Merlot category) at the 2009 San Francisco Chronicle Wine Competition. This thrills me as I have often said that Mannina Cellars Merlot is a fine example of what a good Merlot should taste like. Congratulations!