Walla Walla Spring Release 2009: The After Mass - Part I 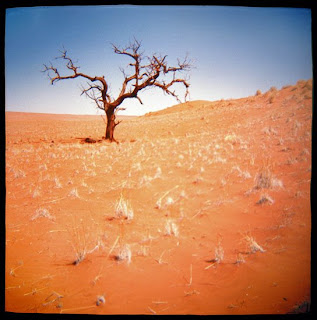 To the writer who penned the AP article, "Remoteness hurts winery-oriented businesses in Walla Walla, Wash., during recession.:

So much for "remoteness." Since when has our "remoteness" hurt our wine sales? Walla Walla is a destination and in fact, Sunset Magazine recognized us as Best Wine Destination of 2005. Oh and by the way missy, have you even visited Walla Walla? We could have used your ass Friday afternoon during our height of so-called "remoteness" to direct traffic on Main Street. Downtown was packed! Sounds to me (excuse the pun) a bit of sour grapes going on. Now that I have that off my chest - -
This morning the news quoted the Swine flu was on the decline, but I had to wonder if those who attended Walla Walla Spring Release weren’t suffering from the Wine Flu this morning. For the last couple of weeks, I pondered how I would maneuver Spring Release, as my motto is: "So many Walla Walla wines, so little time." First of all, I was able to do some pre-tasting of Spring Release wines days before. Some highlights of my Pre-Spring Release tasting:

Downtown Walla Walla I found all kinds of surprises waiting for me. Ashley Trout’s winery, Flying Trout released a gorgeous dark pink rose' from 21-year-old Malbec vines. It was crisp, 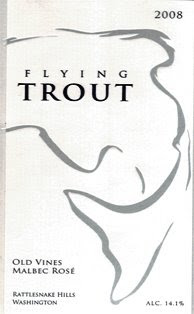 fruity and just the right amount of acidity. A mouthful of berries! And as I was leaving with my share, she informed me the winery was just about sold out! When I asked Abigail Schwerin out of all of her wines at Sapolil Cellars which one would she want me to taste, her answer was their proprietary blend, "Papa Loves Mambo." Good choice! A rich blend of 70% Syrah, 20% Sangiovese, and 10% Cabernet Sauvignon that was dense, dark fruit, chocolately and left a real juicy mouthfeel leaving me to want more! Gotta love the name "33 1/3" for a Rhone-style blend with 1/3 Counoise, 1/3 Syrah and 1/3 Viognier. Dean Morrison claims this wine was an accident, but rolled with it. And now it is one of Morrison Lane's first to be sold-out wines! And guess what the price is - - $33.33. 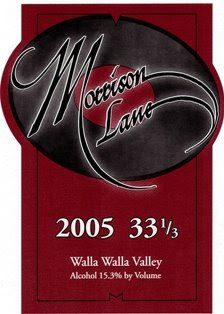 Out on the highway I found Woodward Canyon was busy getting ready for the big weekend. They were putting some final touches to their new Reserve House and the gardens and I was busy leaving with some great wine. Marlene, Woodward's Marketing Assistant told me I had almost the last of their 2007 Dolcetto - a red wine that is lighter in body and oh so perfect for upcoming summer months. And being a variety with Italian roots, it pairs nicely with all of those summer tomatoes. Back down the highway, making a left on Frenchtown Road, viewing the rolling green hills, right in the middle were a few golfers trying out the new Wine Valley Golf Club. Indeed it was a lovely day for 18 holes. Past the golf course, I made a right onto the twisty and elevated drive to Long Shadows Vintners. It was a great way to spend my lunch while doing a complete tasting of all of their wines and even some wines that are not ready for release. The new '06 Feather Cabernet was swoon-worthy as always and the new '07 Poet's Leap Riesling is going to be another outstanding vintage once it's released. It's barely been in the bottle for a couple of months. An interesting note: the 2007 Poet's Leap was showing some very different qualities that past vintages of this Riesling hadn't showed before - which I think is exciting.

And somewhere between downtown, the highway and before Spring Release, I was able to taste the wines of Cadaretta. Wow! They are everything I would expect from winemaker, Virginie Bourgue - elegant and layered. The Syrah 2006 was inky, meaty, yet leaving a silky finish. The SBS 2007 (a blend of Sauvignon Blanc and Semillon) goes down too easy - too easy, especially with the right amount of chill on it. I've been hearing that the trend is to make "wine-tails" out of the SBS. GASP! I cannot imagine wanting to add any kind of a mixer or booze to this white refreshing blend. That kind of a move calls for a spankity-spank with a barrel stave!

Oh about that "remoteness" in Walla Walla? The wineries out on Mill Creek Road, especially around the Upland Vineyard area, is about as remote as can be. It was the weekend before Spring Release and Gordy (co-owner and co-winemaker) of Walla Walla Vintners was expecting me and I was running a bit late. You sure couldn't tell Walla Walla was a remote area, especially the Blue Mountain foothills, as the Walla Walla Vintners tasting room was crammed-packed around 11:30 am! Al Rose, their steady and dependable tasting room staff member, was busy pouring and I felt guilty adding another glass to the reach of Al's pouring. But as always, the red wines of Walla Walla Vintners were solid and rich. I wanted them all, but left with their swoon-worthy Cabernet Franc and "Bello Rosso," their version of a Tuscan-style blend.
A Pre-Release Spring Release event was held Thursday evening at College Cellars at the Enology/Viticulture Center. Not only was there wine, but the students of the Culinary Arts program presented us with food pairings for the wines to be poured that evening. Whoever said you cannot pair asparagus with wine didn't know what they were talking about. College Cellars Semillion 2007, from the Sagemoor Vineyards, could not have been more perfect with the locally grown asparagus from Locati Farms. The green and tender stalks were lightly seasoned, chopped and placed in baskets of parmesan crisps. The accent of citrus and pineapple from the white wine and the creamy mouth feel from the parmesan just worked! Finally - the new College Cellars Lemberger 2008 is here! Reminded me of strawberry jam, with a hint of pomegranate and a long finish of black pepper. Really a red wine you want to put a slight chill to and sip on the patio during these long cool summer evenings in Walla Walla. And last, but not least, the wine I was looking forward to tasting was College Cellars Syrah - 2005. It was the wine that made the top two in the college cellars round-up on Wine Library TV with host Gary Vaynerchuk. The syrah was paired with a coconut macaroon. And not just any coconut macaroon - it was sweet and moist, but with accents of bacon, thyme and topped with a blueberry. That cookie, with a sip of Syrah, was really a party for the taste buds! So good - so good!
A couple of days before Spring Release 2009 I contemplated how I would approach the 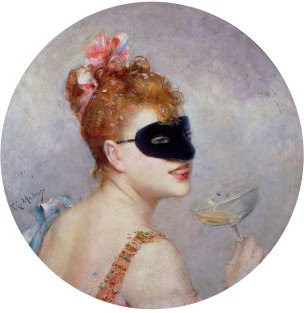 upcoming weekend. Would I take hostages with me, like I did for December Barrel Tasting? Or would I be the "Lone Taster?" (Who was that masked woman?) There were several wineries on my list, some new and some old, and I had to get it all done before 2:30 pm on Saturday. And besides tasting, I love visiting with the winemakers and often mingle with new faces like they are my long lost relatives. Or as I was recently accused: "working the crowds." Hey! Someone has to tell the new visitor to a winery not to turn his nose up at a great Sauvignon Blanc or the terrific saignee-style rose' without tasting it first! Stay tuned for Part II!