I cannot explain it, but Italian varietals are intriguing to me. Of course, I never refuse an opportunity to taste a glass and Barbera is one of those Italian grapes.

The history of Barbera has long roots (pardon the pun) and is the second most widely planted red variety in Italy, after Sangiovese. The beginnings of this acidic and low tannin grape was believed to have originated in the hills of central Piedmont (Italian: Piemonte), Italy. And to make a long story short - it has eventually found its way to Washington State and this weekend, it is the Barbera Release Weekend 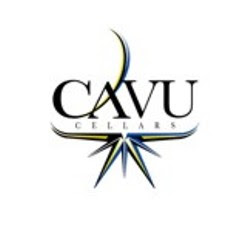 Back in May, during Spring Release weekend, I had the opportunity to barrel sample the same 2008 Barbera that will be officially released tomorrow. And again, just last week I sampled the same, but this time out of the bottle. The CAVU Cellars Barbera, with the very fresh fruit notes, pulled my nose deeper into the glass. This fruit forward wine showed notes of cherries and blueberries. It finished with just a hint of spice, but still rather "bright" with the perfect amount of acids and a touch of oak to round it all out. There's a reason why Italians let the wines pour freely with their meals, as the CAVU Cellars Barbera is definitely a wine that will enhance a cheese plate and a meal of pasta.

I was really happy to be able to visit with Joel Waite, winemaker of CAVU, while enjoying his new release. CAVU is an acronym for the aviation term: Ceiling And Visibility Unlimted. Joel's father, James is a former pilot and the aviation reference is very appropriate when you consider their winery location at the Port of Walla Walla Incubator Wineries is located at the Walla Walla Airport.

Joel is taking the opportunity to turn this new release into a party! Tomorrow, Friday, August 21 from 11 am - 11 pm there will be, not only wine, but food and music! Also, the celebration will continue Saturday (11-6) and Sunday (11-5). And I heard a rumor that there will be some major tunes, a "Backyard Bash", being played at the Walla Walla Wine Incubators on Friday (Contact CAVU for further info: 509-540-6352).

While you're sipping on the Barbera, don't forget to visit the other wineries at the Walla Walla Wine Incubators: Adamant, Kontos Cellars, Lodmell Cellars, and Trio Vintners.
Posted by wild walla walla wine woman at 3:30 PM

Looking forward to trying Joel's newest... FYI the "BackYard Bash" begins at 3:00 pm today and there's 4 bands. It's $15.00. This is not hosted by the incubators wineries, bet most of us will be open to sample our wines or pour by the glass! Cheers. Denise