Italian in heart and style, but grown in American soil.

Gino Cuneo's wines may be some of the newest being produced in Walla Walla, but Gino is certainly not new to winemaking. Since 1989, Gino has been on a journey  with red Italian grape varieties and now these grapes are making themselves at home to the warm regions of Washington and Oregon. 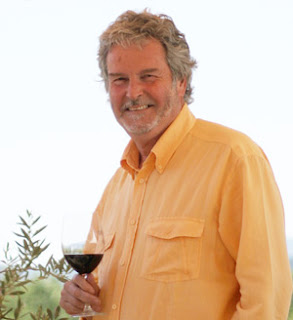 In 1993, Gino founded Cuneo Cellars and a year later his first Italian varietal of Nebbiolo was produced. Four years later he would produce another Italian-style varietal, Sangiovese. 2002 marked the year of  the first commercial certified Brunello clone of Sangiovese in North America planted at Ciel du Cheval Vineyard in the Red Mountain AVA, with vineyard owner, Jim Holmes.

In 2003, came another milestone for Gino when he produced his first Appassimento-style wine, fashioned after the Venetian Amarones.

For those not familiar with these rich dry red wines of  Italy, harvested grapes are left in bunches and allowed to dry.  This process is referred to as appassimento or rasinate in Italian - "ala" -  raisins.  Of course, this ancient winemaking technique allows for overall flavors and sugars to elevate.  After drying for about 120-days, the grapes are then crushed, allowed skin contact for color and flavors, and fermented. The result are intense flavors and known as Veneto's most prestigious red wine.

Currently, Gino's Tre Nova Seccopassa is the only wine in America produced in this century's old Italian fashion. During this journey of wine making, Gino was noticed with many accolades. In 2005, Cuneo Cellars was named by Wine Press Northwest Magazine, "Oregon Winery of the Year," recognizing Gino's innovative and unique approach to wines.

In 2008, Cuneo Cellars launched Tre Nova ("Three Stars" in Italian) and in 2011, Gino made a move to live in Walla Walla and to give his wines and their production a home in Walla Walla, as well. The following are Tre Nova wines that are currently available: 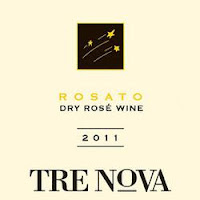 Tre Nova Rosato - 2011:  Following Italian tradition, of course, "rosato" is a dry rosé-style of Sangiovese. Bright and crisp with fruity notes of strawberries and watermelon. While this light rose colored wine is very fruit forward, there are plenty of acids to balance it out making it a wine to be enjoyed with food. Yes, this could be the wine you will finally be able to pair artichokes with - - especially if they are grilled. 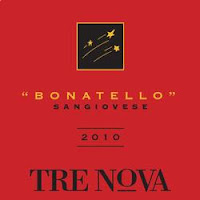 Tre Nova Bonatello™ - 2010: 100% Sangiovese grape variety (Latin origin of Sangiovese meaning “blood of love”) brings to the palate lively red fruit of raspberries, cranberries and cherries. Earthy and generous! However, with approachable tannins and once again, the right balance of acidity that is going to make love to any tomato-based bowl of pasta topped with mounds of salty Italian cheeses. 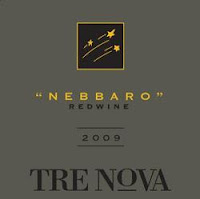 Tre Nova Nebarro™ - 2009: A clever play on Italian varieties, Nebbiolo and Barbera, this vintage is a red blend of 62% Barbera and 38% Nebbiolo.  Dark in color with rich dried fruits on the nose. Light in tannins with juicy fruits of blackberries and dark cherries on the palate. Serve with roasted meats and especially grilled ribs or shredded pork with a tangy tomato-based sauce on the side. Once again proving there is a reason why these grapes with origins of Italy pair themselves so well with tomatoes and spices. 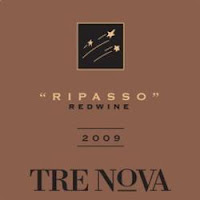 Tre Nova Ripasso - 2009: This is the second release of Gino's version of this traditional wine found in the Veneto region of Italy.  Ripasso (repassing) was originally produced by "re-passing" younger and lighter red wines onto the remaining dried skins left over from the famed Amarone wines.  This blend of Sangiovese and Barbera reminded me of the dark fruit and spice from a Christmas fruitcake - - in a good way. A deep red wine with smooth flavors of dark plums and cherries with just a hint of cocoa.  A wine to be served with Italian-style prepared beef or a boozy and chocolatey tiramisu.  All by itself in a wine glass is just perfect for me.

One surprising detail I was especially impressed with is as much time, thought and passion that Gino puts into his wines, as well as the striking design on the labels, the listed prices are so affordable. From a glass of Tre Nova, you are not only getting value, but quality, care and rich wine history - not only from the Northwest, but also history from the vineyards of Italy.  Ciao!