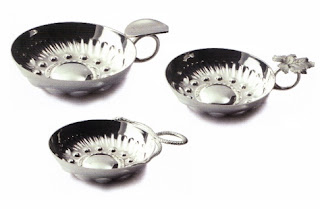 Whenever I think of a tastevin, the visual goes back to the old Frasier television episode, where the two Crane brothers compete with each other during a wine tasting contest for the prestigious title of Corkmaster in their wine club. Of course, the winner got to wear the tastevin and sash around their neck.

A tastevin is a small, very shallow silver cup or saucer traditionally used by winemakers and sommeliers when judging or tasting wine. The shallow little cups were originally created by Burgundian winemakers many moons ago to assist them in judging clarity and color of wines that were originally stored in wine cellars that were dependent on the light from the flame of a candle (yes, before electricity).


In France, the custom spread and usually used by the affluent. Made by silversmiths, the tastevins were often decorated and even engraved with the owner's name. Because of the small size and shape, men often carried their personal tastevins in their pockets at all times and viewed them as prized possessions like watches and rings.

Today the tastevin has very little practical use, but still folks in the wine industry will often wear them on a ribbon or chain around their neck as simply a nod to Old World traditions. 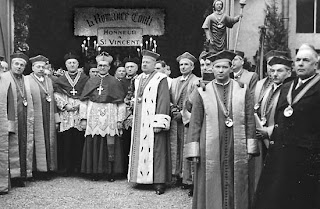