Wine Blobbers and Gadflies and Poodles! Oh My! 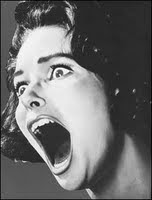 How will you know them? Look for computer geeks who never look up from their iPhones and laptops. Oh wait - never mind. Everybody is doing that now days. So how's this description? Ye shall know them by their fruits. (What? You mean there were evil wine bloggers even back in the biblical times? Did they use stone tablets?) Also, look for purple stained teeth and orange Cheeto dust under their fingernails. Another clue is transit bus passes hanging from their car keyrings.
For even easier identification, many wine bloggers may be wearing t-shirts that are printed 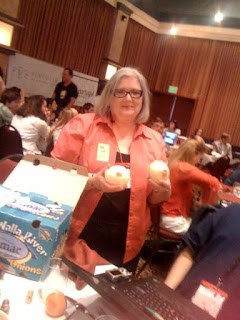 #IBlameParker. Sometimes winebloggers will wear t-shirts identifying themselves by which state they hail from. I Drink 2 Buck Chuck is often worn by many of the California wine bloggers. New York wine bloggers can be identified by We make wine, too! So there! and then our own Washington State wine bloggers can be seen wearing their t-shirts printed, More Than Just Walla Walla. With the exception of me. I can usually be identified by a t-shirt that's printed, Live Walla Walla or Die! (with apologies to the state of New Hampshire) or sometimes I glue real Walla Walla Sweet Onions on my shirts.
You may even find a cluster of :-( frownie-faced wine bloggers wearing t-shirts printed, "Sticks and Stones May Break My Bones ... Neener, Neener, Neener!" You see, in recent press wine bloggers 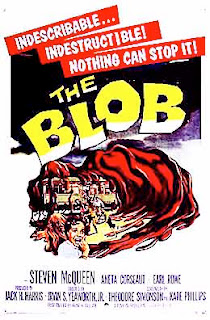 are being called names. They have been called names by the Best, the Worst and the Hosers. BOO-HOO! The "Best" being Robert Parker of the Wine Advocate. He bravely referred to wine bloggers on his "ebob" forum as "blobbers" since we are "the source of much of the misinformation, distortion, and egegious falsehoods spread with reckless abandon on the internet…" But then again, us blobbers question that Parker really even said that. Robert Parker is a good guy - an epitome of a Norman Rockwell painting as we saw in the documentary Mondovino. I mean, he looked liked the kindly and wise, Ward Cleaver - everybody's favorite TV Dad. I personally think Mark Squire the ebob forum boy, is the one who was guilty of calling us names. I think he did it while Parker was out on a wine tasting junket around the world. Besides, Parker would never call us, "Blobbers." because it's too close to his own name - Bob! Then the "Worst" came when Anthony Dias Blue of the Tasting Panel Magazine called the wine bloggers, "... bitter, carping gadflies who, as they stare into their computer screens and contemplate their dreary day jobs, let their resentment and 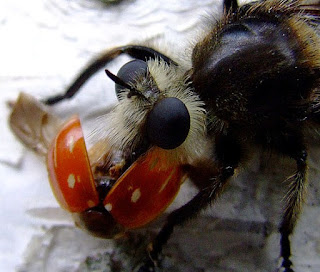 sense of personal failure take shape as vicious attacks on the established critical media." Hmmm ... shortly after that announcement, Mr Dias Blue participated in a wine conference where he was a moderator for a panel regarding social media and how the internet - from blogs to Twitter - is a buzz (Buzzing like a carping gadfly? Buzz ... Buzzz ...) with new social media tools and techniques for reaching, informing and entertaining tomorrow's wine consumer. So does this mean, what I think it means? Dias Blue moderated a bitter and resentful group that stared into their computer screens wishing they were him?
Last, but not least, the "Hosers." Wine blogger, Ron Hasham, aka the Hosemaster of Wines referred to wine blogging as "attention-seeking barking of lonely poodles." Oh yeah? Well, at 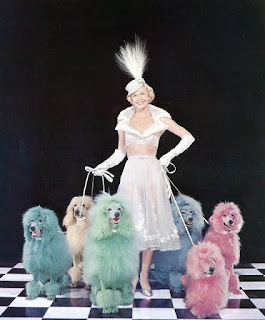 least we can be pretty poodles and be dyed the happy pastel colors of Easter eggs and wear cool diamond collars and - and - stuff and then hang-out with Doris Day for the - ummm - - day. Afterall, wasn't it Sigmund Freud (or maybe it was Caesar Millan?) who said, "Dogs love their friends and bite their enemies, quite unlike people, who are incapable of pure love and always have to mix love and hate."
Oh wait, now I get it! There's an order of "collective nouns" such as a covey of quails, a pod of whales, a gaggle of geese. That's what a collection of winebloggers are - a poodle of bloggers!
So as a Public Service Announcement to the kind people of Walla Walla: Load up on ice cubes and fire extinguishers. Remember, Steve McQueen talked his high school buds into stealing fire extinguishers to freeze the Blob until they could get a US Air Force jet to transport the Blob to the North Pole to keep it frozen infinity. Hold on, because it's going to be awhile before we get a US Air Force jet back in Walla Walla since the old Air Force barracks and hangars are now filled with wineries.
Also, don't forget the fly spray, fly swatters, several boxes of Poopy Pickup bags and bacon-flavored Beggin' Strips, because - -
the Wine Bloggers are coming to town!
Posted by wild walla walla wine woman at 7:41 PM

Love it! I'm sure I'll have more to say later, but right now I can't write/type because I'm laughing too hard! Hilarious!
Margot

Too funny. I needed some laughter this morning. Those bloggers will have a blast in Walla Walla. For those who question bloggers just ask the wineries and vineyards who appreciate what's written and the samples they provide.

As the only Iowan in attendance, I will easily be identified with my "How Merlot Can You Go?" shirt! See you next week!

Oh man that was winetastic, buzz-buzz...and I couldn't stop laughing....buzz..buzzz! See ya soon thanks for this great post, you rock!

Thanks everyone. Looking forward to seeing you all! Buzzz...