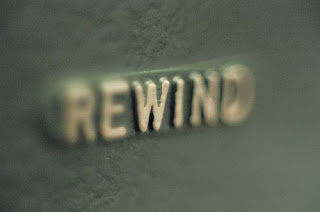 Wow! That was fast. 2011 is already here. Let's rewind and take a look at our southeast corner of Washington State.

The last count of wineries, based on the new wine maps by Tourism Walla Walla, is 103 wineries are operating in the valley and more than 1,800 acres of vineyards are part of our agricultural landscape. Sure - lately wineries have come and come, but usually very few go. Unfortunately, 2010 bought to a close, Yellow Hawk Cellars and Nicholas Cole Cellars. Yellow Hawk Cellars had been operating since 1998 and been known for their affordable Italian varietals. For Yellow Hawk partner's, Tim Sampson and Barbara Hetrick, their decision to leave their business was based on taking advantage of their stationary condition and leave while the going was good. Their last day of business was July 3.

Mike Neuffer of Nicholas Cole Cellars will be known for his beautiful red Bordeaux-style blends affectionately named after the women in his family. Mike's wines were founded on the belief that "great wines are made one vine at a time" and released his inaugural Bordeaux blend in 2001. Indeed it was a sad announcement to hear, just before Christmas, that he would be placing an indefinite hiatus on wine making and future vintages of Nicholas Cole and GraEagle wines. Mike relocated to Seattle to be with his children, Michele and Nicholas, after the loss of their mother, Susan, in August due to cancer. I wish Michael, his family and the Nicholas Cole Cellars staff all of my best.

It was musical chairs when it came to Walla Walla wineries. Amavi Cellars built an ultra-modern facility on Peppers Bridge Road and Gramercy Cellars will be moving into Amavi's old facility on North 13th. Bunchgrass Winery reopened with additional partners after being closed for awhile. Trio Vintners moved out of the incubator facility at the airport and Corvus Cellars moved in. Trio Vintners can now be found at their new tasting room at 102 S. Second Avenue. Ash Hollow Winery left their Second Street address to move to the airport and Mackey Vineyards moved in. SuLei Cellars opened up a tasting room on Second Ave, in addition to their winery at Beet Road. Sinclair Estate Vineyards opened a tasting room on Main Street.

This spring, Tero Estates in Milton-Freewater announced their open house and new releases located on the old Windrow Vineyard as well their purchase of the Flying Trout label leaving founder/winemaker Ashley Trout more time for production. Tim and Lori Kennedy opened their new tasting room in Milton-Freewater naming their winery and vineyard after Lori's grandfather, Don Carlo. In the mean time, Jan and Doug of Tero Estates, Tim and Lori of Don Carlo and Mike and Penne of Locati Cellars announced their move to the neighboring tasting rooms at the Marcus Whitman Hotel on Second and Rose Streets (a great neighborhood).

And also in that 'hood, Trey Busch of Sleight of Hand Cellars announced he would be leaving his Second Street tasting room as he broke ground for a new facility to be opened in the spring of 2011 on JB George Road. Now the guess is, who will move into that spot? Whew! Have I forgotten anyone? In the meantime, there are other new winery moves on the horizon, but at this time I am sworn to secrecy.

Speaking of moves, like the great pioneer spirit, "Go West Young Men" and that's what they did. About a half-dozen Walla Walla wineries from A - Z (Amavi to Zerba) opened second tasting rooms in the growing wine villages of Woodinville near Seattle. Reason? To increase sales and to go where the dollars and people are. It is still on the board on what the impact will be to those wineries and in fact, impact on those wineries remaining in the Walla Walla Valley. Will Walla Walla lose that tourism from the West they have relied on and will those second tasting rooms be diluting their customer base?

In January Cayuse Vineyards announced that after 13 years of releases on their usual first weekend in November, the 2010 November’s Cayuse release date would be cancelled and moved to April 2011. This announcement left us wondering what would happen to the independent Fall Release Weekend that Walla Walla wineries had based their weekend around Cayuse. Will they drop their usual weekends and follow Cayuse around or stand on their own?

A new fangled thing called, "Social Media" came-a-knocking at the Walla Walla wineries and it was embraced. The first Twitter Taste Event to promote awareness of Washington Merlot was held at Otis Kenyon Tasting Room. Later we would rally around with our cell phones and laptops again while drinking wine at the Olive Marketplace twittering like crazy promoting all Washington wines and then again this fall at Amavi Cellars and Seven Hills Winery promoting Washington Cabernet.

It's no secret that Walla Walla is a hidden little destination and during the week of June 21 eight miles of old U.S. Highway 12 was re-opened after it was tucked, plucked, widened and realigned, but the new highway's "cosmetic surgery" caused problems for several wineries. Wineries such as Bunchgrass, Cougar Crest, Glencorrie, Long Shadows Vintners, Skylite Cellars, Reininger, and Three Rivers, located on the "old" stretch of highway, were no longer on the GPA and it couldn't have happened at an inconvenient time, as over 300 wine bloggers and industry people were coming to town - -

Unattractive whining, crying, screaming, kicking and breath holding (don't look at me) took place during discussions about where the 2010 Third Annual North American Wine Bloggers Conference would be held. The last two years Napa Valley/Sonoma in California had been host but event coordinators were looking for a new environment. The Washington Wine Commission threw their hat in the ring on behalf of Woodinville. Sure, Woodinville is close to a cosmopolitan area and has plenty of tasting rooms - - but where were the grapes? In Walla Walla, of course! With the assistance of the Elizabeth Martin-Calder, former Executive Director of the Walla Walla Valley Wine Alliance, she reeled them in and the conference was a sell out! In fact, the largest to date. Walla Walla Wine Alliance, Tourism Walla Walla and the Downtown Foundation went over and above to show our guests a wonderful time. What it meant for the Washington State Wine industry was a new awareness of Washington wines, as well as an increase in their role in the wine social media world.

A month after the successful North American Wine Bloggers Conference,the Walla Walla Valley Wine Alliance announced that Elizabeth Martin-Calder resigned her post after more than four years as Executive Director. The WWVWA has yet to fill this position.

Fall Release weekend came and went and before we knew it, it was Holiday Barrel Tasting/Macy's Christmas Light Parade which has always been held the first weekend of December. Movement about the town seemed slower than previous Holiday Barrel Tasting Weekends. There were the usual concerns about the weather, of course. Hey, it’s winter, right? It was also a big weekend for WSU Cougar and UW Husky rivals to once again face each other at the long-standing Apple Cup. There were also concerns that Seattle-ites may have forsaken the frosty wine country of Walla Walla to stay home and visit St. Nick and the Woodinville “strip-mall” wineries instead. This may have been a convenient choice for many since a few of the Walla Walla wineries also have tasting rooms in Woodinville.

Here's to a happy, healthy and prosperous New Year. Cheers!
Posted by wild walla walla wine woman at 8:59 AM

Catie, I always enjoy your work. A great recap of '10 in W2! Happy New Year and hope to run into you soon. ~coop

Keep on the great job in 2010!
Good wine blog, neat informative and professional!