My favorite wine reference book is from the "Dummies" series - "Wine For Dummies." This reference book has sold over 25 million copies and received a nomination for the "James Beard Award for Excellence."  Join me for a weekly new wine word that you may have heard in the Walla Walla Valley while visiting a tasting room, but not sure what it meant.

I guarantee I won't make it your typical boring vocab word and since you all know my love of "W" acronyms, a new "weekly wine word will appear every Wednesday .

The Walla Walla Wine Word for Dummies is: Bung 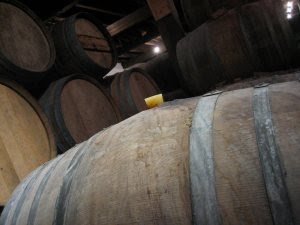 A bung is a hard rubber or silicon stopper (closure) that is used to seal the bunghole of a cask, keg, or wine barrel that is either filled or emptied. Many of the older bungs were produced out of wood.  (She said "bunghole" ... that's right boys and girls, a bunghole is a real term used in winemaking and not just a term used by Beevis and Butthead.)

A bunghole is a hole bored in a liquid-tight barrel to remove or fill the wine in a barrel.
Posted by wild walla walla wine woman at 9:30 AM