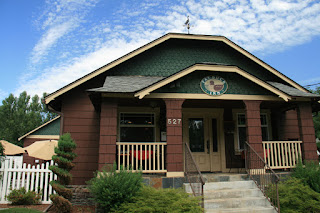 If you are a visitor to wine country in Eastern Washington, a must for your "to do" list is attend a winemaker's dinner. You can find them scheduled at the many wineries, Marcus Whitman Hotel, Andrae's La Porte Brune "Underground" Dinners, and now at the Fat Duck Inn.

Alexa Palmer, owner; Richard Lane, manager; and Chef Rich Koby at the Fat Duck Inn have teamed with some of the area's best wineries to bring together a list of wine dinners throughout the year.

As featured in Wine Spectator magazine, "The Fat Duck Inn ... occupies a lovely old Craftstman-style residence a few blocks from downtown ... and serves a convivial multicourse dinner around its large table."

﻿New to the Fat Duck Inn team joins Chef Rich Koby. He received his culinary training from the Sonoma California area and brings to the inn over 28 years of culinary experience from Tuscon, Arizona to the Orcas Islands in Washington State. His cooking style reflects fresh "farm to table" foods which is ever so appropriate in our lush and fertile valley of Walla Walla.

I was thrilled when asked to host one of the first wine dinners at the inn. However,  I broke "tradition" from the Walla Walla wines and extended the wine palate to "wines from around the world."  The experience started for me when I sat down with Chef Koby and Richard, manager of the inn to plan for the event and we tasted through the wines. Chef only "sniffed" through the line-up of wines and got a great sense of how to pair each one - - and he did - - so perfectly.

Wines Around The World Dinner
Featuring the W5
Oysters 2 Ways:
On the Half Shell with Citrus Mignonette
and
Baked with Pernon Infused Glacage
Nigl Sekt (Sparkling) Zweigelt Rose - 2009 (Austria) 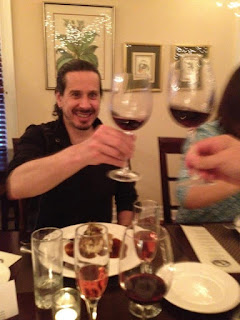 After the last sip of wine and the final fork was laid down, I could not have been more pleased and our guests left full and content. The plating of each course alone was a feast for the eyes. The surroundings were elegant and intimate. The staff was attentive as we were never without an empty glass nor did an empty plate linger. During the meal I heard moans and sighs of happiness. 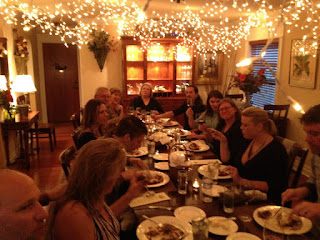