My first introduction to a domestic Viognier was from Cayuse Vineyards tasting room on Main Street in Walla Walla, several years ago. It was so long ago that Cayuse was actually opened to the public and there were 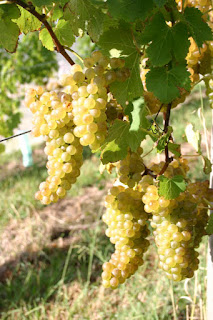 no "lists." I have been spoiled, ever since, but always looking for one or more of the benchmark characterics my olfactory system has set. I will never forget the nose, the flavor on my tongue and - - of course, the moment. The moment was one of those memories that many a wine lover carries with them forever.

Viognier is typically known for it's floral aroma. Often stone fruit, pears, honeysuckle and orange blossoms exude from the glass. While it may be heady with aromas, it's a delicate wine with a hints of honey and soft spices, like nutmeg on the finish. Typically it is meant to be enjoyed young as it can lose its perfume as it ages. It has often been coined as a "swooning wine ... oozing sex and sensuality" - Oz Clarke, wine writer.

In the mid-to-late 19th century there was the historic decline of French vineyards due to phylloxera and with that came the abandonment of the vineyards due to World War I. By 1965, around 30 acres of Viognier vines merely existed in its Northern Rhône homeland appellation of Condrieu, France. Even as late as the mid-1980's, Viognier in France was endangered. Paralleling the growth of Viognier in the rest of the world, especially in the last ten years such as in the United States and Australia, the vines in France have grown dramatically ever since.

Walla Walla has certainly seen their share of growth with this delicate white grape, but two of the earlier Walla Walla producers of Viognier come to mind when I think about this cool summer favorite:

Bergevin Lane - Viognier 2010: It was a challenging year, but an extraordinary year, 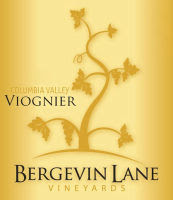 Cougar Crest - Viognier 2008: Typically Viogniers do not require heavy oaking to provide balance, so often use of neutral oak barrels or 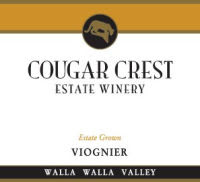 steel is used. The Viogniers of Cougar Crest are fermented dry without use of oak or even malolactic fermentation. Once again, a Viognier has been created that is so perfumey of orange blossoms and honeysuckle that you'll want to dab a bit behind each ear and pulse centers. A mouthful of white peaches, honeydew and star fruit dances around the mouth. The natural oily characteristics of the Viognier grape coats the palate with rich honey notes.

Swoon and sip these wines by themselves or enjoy with soft cow's milk cheese, chicken, sea food and especially fish prepared with cream and herbs.
Posted by wild walla walla wine woman at 8:16 AM