Hide the women-folk and children! The Young Guns are coming to town!

Okay, okay - so hiding the women and children is a bit of an exaggeration - - but who are these young men who may be coming to a town near you (and the truth is that many of the "women-folk" won't be hiding much as the handsome Young Guns often draw a lot of attention).

(YGWS) is a group of five young winemakers in the Walla Walla Valley. They are dedicated in uniting the next generation of winemakers, especially under the age of 35 years old and from the Northwest. Along their journey, the goal is to also define and showcase the next generation of wine. Each one of the original members of YGWS brings to the group their own unique story of their personal journey into the wine industry.

However, while they may have different backgrounds, they all have one common goal: bringing to the wine industry a young vibrant energy while respecting and honoring traditions.

The YGWS started as an idea in 2010 with Justin Basel of Basel Cellars and Josh McDaniels of Sweet Valley Wines. In 2011 that idea became a reality and was officially formed. Shortly after the launch Cameron Kontos of Kontos Cellars joined followed by Greg Matiko of Skylite Cellars and Ryan Raber of Tertulia Cellars.

The appeal of the YGWS is not just for the young wine lover. Wine lovers of all ages will enjoy learning about and tasting the wines and often the first to experience the YGWS's new releases. And between all five of the winemakers, their list of accolades and awards are many! The YGWS have already had some successful wine dinners and tastings under their belts (or is that under their holster belts?) and more events are being planned. Unlike many traditional winemaker dinners, a dinner featuring the YGWS is an opportunity to dine with five winemakers and to experience an assortment of winemaking styles and varietals. 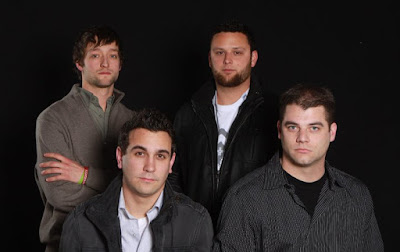 industry. He got his start at age 11 when his family planted their Estate Vineyards, Pheasant Run. Before taking over as the Head Winemaker with the 2006 vintage Justin worked multiple years as the assistant winemaker and also attended the Enology and Viticulture Program at WWCC under the late Stan Clarke (photo: front left).

Josh McDaniels, age 23 first entered the wine business at the age of 15 when he began volunteering at local wineries. By the time Josh was 18, his father David saw how dedicated Josh was about winemaking and gave him an envelope with $1,000 to start a new winery and shortly after, Sweet Valley Wines became a reality. Josh also attended the Walla Walla Community College Enology and Viticulture program. Besides the winery, Josh also works at Figgins Estates/Leonetti Cellar and manages his own 5 acre vineyard (photo: back left).

Cameron Kontos, age 31 grew up in the Walla Walla Valley in a winemaking household, as his father is one of the owners/winemakers of Fort Walla Walla Cellars. Cameron was the assistant winemaker at Forgeron Cellars for eight years under the tutalage of Marie-Eve Gilla. It was there he was able to learn traditional French techniques for crafting fine wine, barrel selection, and vineyard management. Today Cameron is the winemaker and a partner of Kontos Cellars (photo: front right).

Greg Matiko, age 25, his journey into the wine industry was at the age of 18 working as a helper during crush. At the time he had no interest in wine at all - it was merely a job. However, by the end of his first harvest he knew that he was hooked and his passion for wine, and the industry, has grown from there and continues to grow. Greg worked several harvests at Forgeron Cellars before he joined the team at Skylite Cellars (photo: back right).

Ryan Raber was born and raised in Washington State and his first experience with wine was in his early teens, making wine at home with his mother. In the spring of 2005, Ryan graduated with a degree in Enology and Viticulture at WWCC. Following graduation, he accepted the position as winemaker with Tertulia Cellars. After a brief absence Ryan has returned to Tertulia with the same passion and dedication to making world class wines (not in photo).

For more information about the YGWS events you can visit their website or become a fan on Facebook.
Posted by wild walla walla wine woman at 8:15 AM